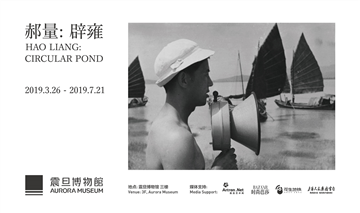 March 24, 2019, Shanghai – The Aurora Museum is delighted to present Hao Liang: Circular Pond at the 3F jade gallery from March 36 to July 21, 2019. It marks the first solo exhibition of the rising artist and will feature a selection of recent works made by Hao Liang inspired by the jade pieces in the collection of Aurora Museum. Based on the artist’s research and practice process, the exhibition will be divided into two stages. Stage 1 (from March 26 to late May) will mainly present antique jade pieces, collotype prints, archives, documents and paintings, demonstrating the learning and thinking process of the artist. Stage 2 (from late May to July 21) will feature a 4-meter long painting work.

Pi Yong, which can be literarily translated as “circular pond”, was firstly established by the emperor of the Western Zhou Dynasty as a place where higher education was provided for the aristocratic class. On the outside, Pi Yong was round, and was surrounded by water. Its shape took its example from the jade disk (jade Bi). In the Eastern Han Dynasty, Ban Gu gave a specific definition of Pi Yong in Po Hu T’ung (The Comprehensive Discussions in the White Tiger Hall): “The Chinese character 辟 (pi) also means 璧 (bi), ‘jade disk’; it imitates the roundness of the jade disk, which models itself on Heaven. 雍 (yong) means that it is ‘dammed up’ with water; it represents the King’s reforming influence flowing forth.” Pi Yong, or say the “Circular Pond”, has been used to refer to the place where serious and advanced learning is practised since Zhou Dynasty.

Hao Liang has paid quite some visits to the Aurora Museum since 2017 and is particularly attracted to the jadeware and related ancient books in the collection of the museum. According to the artist, I’ve always been fascinated by the shape and quality of antique jade disk, or say Bi. It has a variety of forms. If the width of the edge doubles that of the hole in the middle, it is called Bi. And if the width of the hole doubles that of the edge, it is called Yuan. But apart from the shape, what fascinates me the most is the intriguing sense of delicacy radiated from the jade pieces. In Textual Research of Ancient Jade with Illustrations, authored by Wu Dacheng, scholar of Qing Dynasty, he wrote in the opening chapter “in ancient times, gentlemen tended to admire jade for as a token of virtue rather than merely something to play with”. It works the same way for me as during my practice, I always treat it as something promoting me to ponder and reflect.

The implications of Pi Yong are so rich that notions, functionalities, symbolistic and metaphorical meanings of it have witnessed constant explorations. In a sense, it mirrors the process of learning which is brimming with developments and uncertainties and would lead to different ends in different times. What we want to focus on here is not merely updates of knowledge but also the shifts emerging during the discourse rules of different historical phases. As far as Hao Liang is concerned, the exhibition presents a learning process and Pi Yong indicates a particular pivot in this process. On the one hand, it bridges our ancestors’ understanding and reverence of the nature, their perception of the material world and their emotional experiences; and on the other, it also stands for constant amendment and revisions of existing knowledge, as well as the perception and responses by the artist as an individual.

As a new exploration derived from the “Aura” project, the two-stage exhibition will be divided into five chapters: Evolution, Lunar Corona, Golden Crow, Yu Fu and Fishing in Autumn River. It marks the second stop of “Aura” after “Hao Liang: Aura” at the Bonnefantenmuseum in the Netherlands in 2016. Hao Liang: Circular Pond features paintings, rubbings, antique jade, documents and collotype prints as one integral piece of work. Without emphasizing on the historicity, audiences are encouraged to shape their own individual experience in a broader context. 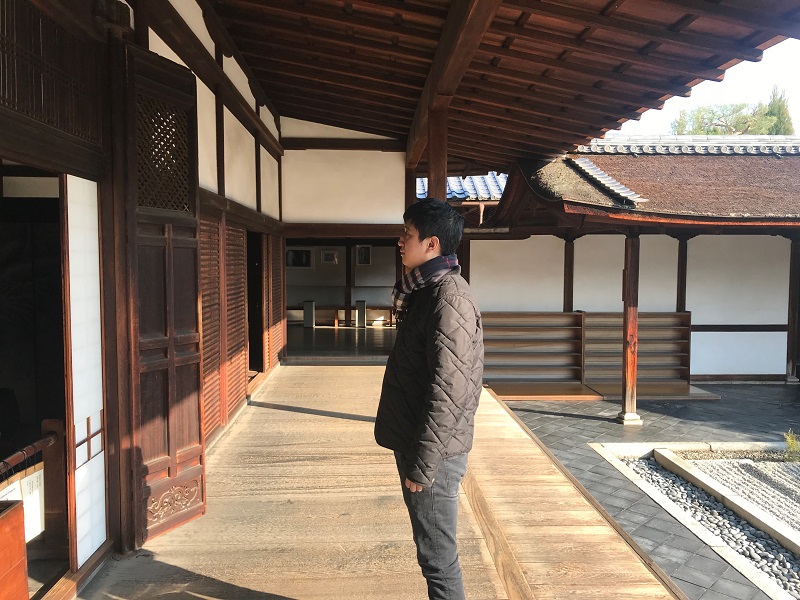 Hao Liang was born in Chengdu in 1983. He graduated with B.A. in Chinese Painting and M.A. in Chinese Painting from Sichuan Fine Arts Institute in 2006 and 2009. Known for his skills in Chinese ink art, he is widely acclaimed as one of the most influential young artists in China. His work has been widely presented both at home and abroad, including the Metropolitan Museum of Art (New York), the Center Pompido (Paris), Foundation Louis Vuitton (Paris) and the Ullens Center for Contemporary Art (Beijing). The collaboration with Aurora Museum is inspired by the artist’s great interest in Chinese antique jade.